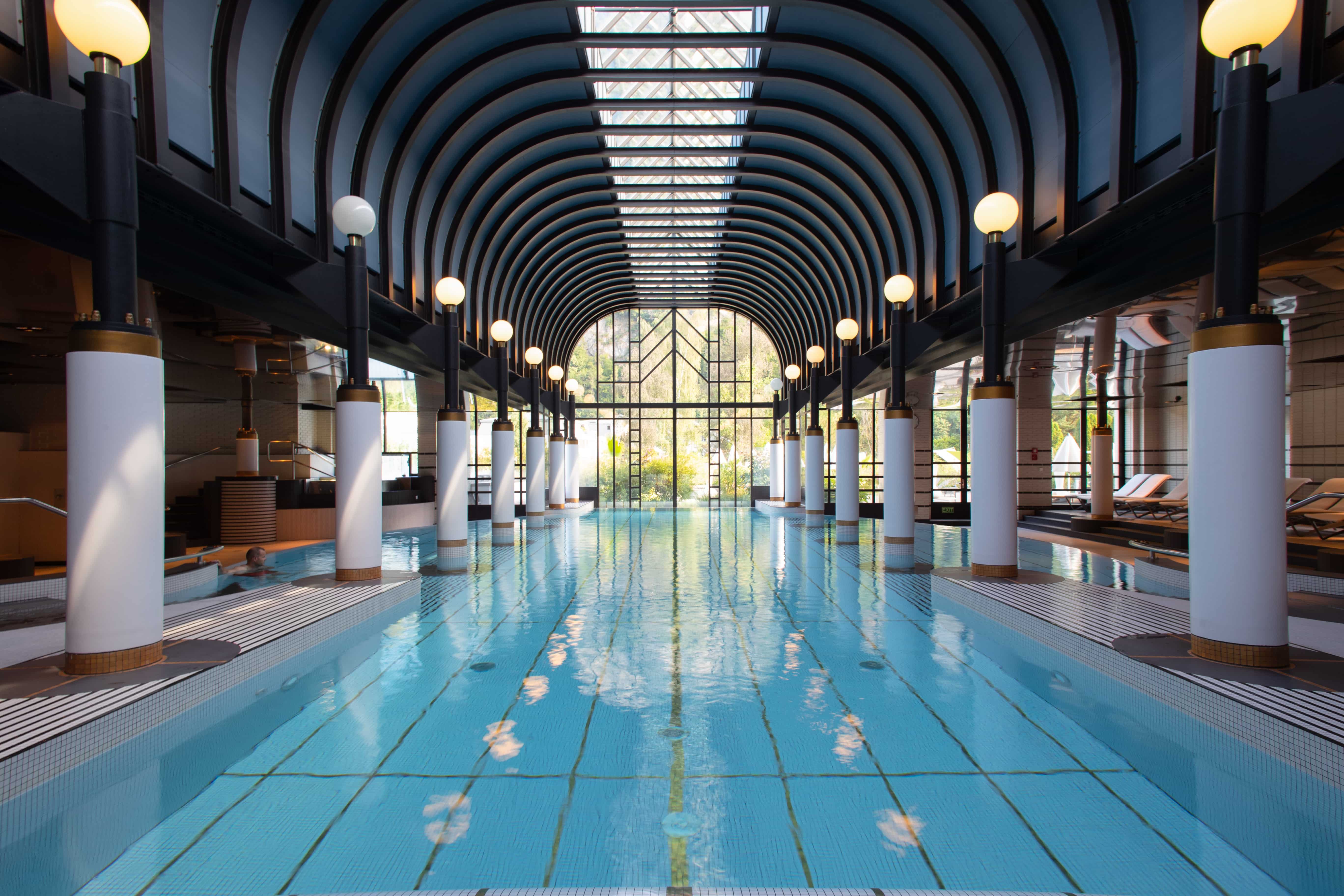 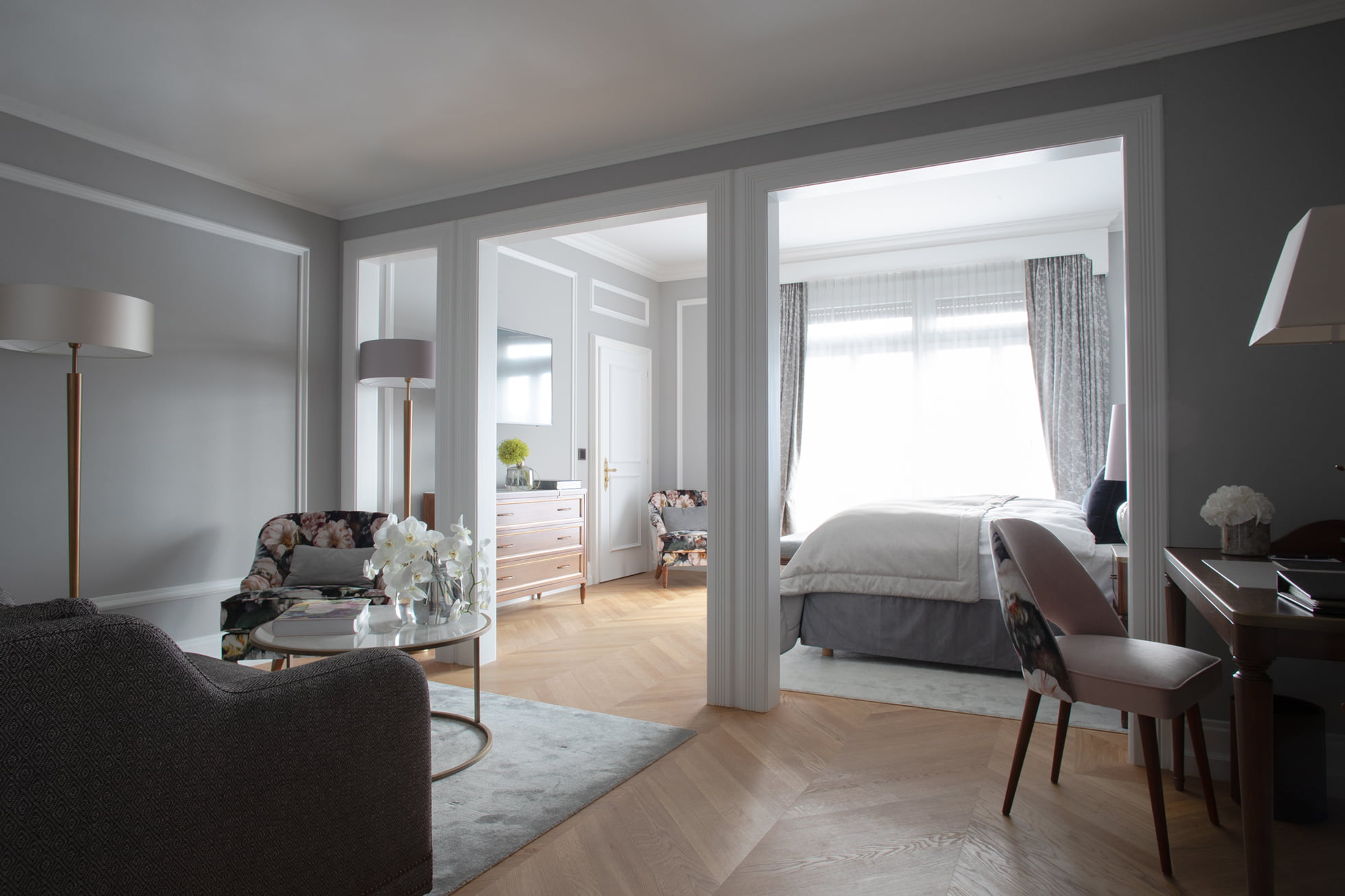 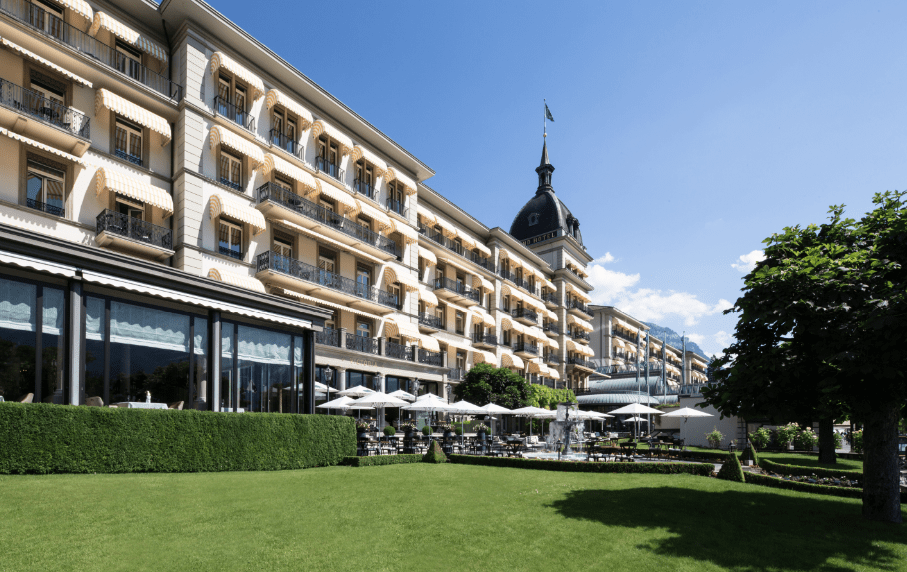 The VICTORIA-JUNGFRAU Grand Hotel & Spa has a history spanning more than 150 years. The historic five-star establishment maintains its leading status in the luxury hotel sector by committing to the finest Swiss traditions of hospitality while still moving with times. The story starts in 1856 when the Pension Victoria opened in Interlaken in the foothills of the Eiger, Mönch and Jungfrau mountains. In 1899, a domed central structure linked the Victoria with the Hotel Jungfrau to create the VICTORIA-JUNGFRAU. During the Belle Époque royals, intellectuals, artists and authors from around the world flocked to stay at this luxury hotel. The charm of that era shines through to this day in dazzling gilded mirrors, stucco and crystal.

The VICTORIA-JUNGFRAU spa opened in 1991, since then it has set new standards in the international hotel scene thanks to its size and the extensiveness of its range. Much has changed over the decades: a conference zone was established and the spa was extended in 2002 and 2009 as numerous new services were added.

What started out as the pension Victoria in 1856 now stands as a flagship for the luxury hotel sector in Switzerland. However, one thing has remained constant over the years: their tradition of heartfelt hospitality. Whether you are planning a romantic weekend for two, a vacation, rest and relaxation or a conference, the doors of the VICTORIA-JUNGFRAU Grand Hotel & Spa are wide open.